The English language is a beautiful dialect. There are over 600,000 words in the English language, with an abundance number of literary terms. The number of words in the Oxford English Dictionary is steadily growing yearly, as a new word is added to the dictionary every two hours. The English language initially apportioned much of its grammar and cardinal vocabulary with the Dutch and German, while later acquiring words from the French and Latin. Furthermore, English is the second most spoken language following Mandarin, with a staggering 840 million people speaking English as a first or second language. Globally, English is the official language of 67 countries, as well as 27 non-sovereign entities. Statistically, 25% of the world’s population speaks at least some English, and more people worldwide have learned English as their second language than there are domestic English speakers.

As a result of the copious amounts of words, literary terms and parts of speech, there is an abundant amount of misused or mispronounced words in the English language. One set of words that are repeatedly mixed up are affect versus effect. These words sound similar; however, their pronunciation differs slightly. Some may label these words as homophones, as they sound similar in pronunciation, but greatly differ in definition.

Let’s take a look below at how they differ:

Affect: This is generally a verb, which means to impact or change. When using effect, it generally conveys an event occurring to impact another event. When a person or thing has an influence or an impact on another person or thing, affect is the proper word to implement. Some synonyms of the word affect include words like influence, change, alter and modify. A prime example of this word in use is “The rain affected the football game”.

One tip widely used by many to aid in remembering which word to use is, “A” is for action, as verbs indicate actions. Affect also starts with the letter “A”, indicating that it is a verb.

On the other hand, the word effect means the result of a change. Effect is also a noun, in most cases, so if an event affects your life, you will undergo the event’s effect. Although this may sound quite puzzling, one way to remember when to utilize the word effect is by thinking of the common phrase cause and effect. Generally, effect is utilized in sentences as a noun, symbolizing the result of a change. Some synonyms of the word effect include repercussion, consequence, outcome, aftermath and results. Let’s take a look at some basic examples below.

“The effect of the rain caused a delay in the football game. “
“Our team desired to reach the greatest effect“
“Many users of this diet plan claimed that it had a great effect on their body.
“The controversial article had an effect on readers. “

Bonus tip when using effect: When using the word effect, it means that you claim it as a result of something or an event. Some of the words that are followed by effect include take, on, an, into, the, any and or. Remember, “A” is for action, affect, while “effect” is the result of “A”. 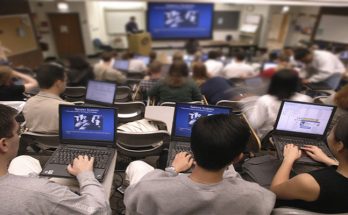